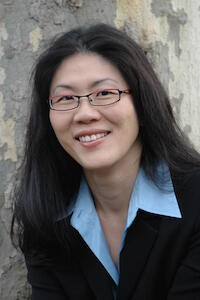 Karen Seto is the Frederick C. Hixon Professor of Geography and Urbanization Science at the Yale School of Forestry and Environmental Studies. An urban and land change scientist, she is one of the world’s leading experts on contemporary urbanization and global change.  Her central research focus is how urbanization will affect the planet. A geographer by training, she integrates remote sensing, field interviews, and modeling methods to study urbanization and land change, forecast urban growth, and examine the environmental consequences of urban expansion. She is an expert in satellite remote sensing analysis and has pioneered methods to reconstruct historical land-use and to develop empirical models to explain and forecast the expansion of urban areas. Seto is a specialist in contemporary urbanization in China and India, where she has conducted research for over 20 and 10 years, respectively. Her research is notable for its systematic use of big data and a scientific lens to study urbanization as a process and to understand the aggregate global impacts of urbanization. Seto’s research has generated new insights on the interaction between urbanization and food systems, the effects of urban expansion on biodiversity and cropland loss, urban energy use and emissions, and urban mitigation of climate change.

Seto has served on numerous national and international scientific bodies. She is co-leading the urban mitigation chapter for the IPCC 6th Assessment Report and co-lead the same chapter for the IPCC 5th Assessment Report. She co-founded and for ten years co-chaired an international science program, Urbanization and Global Environmental Change (UGEC), which framed, enabled, and coordinated urban environmental research with more than 1,000 affiliates across over 50 countries. She has served on numerous U.S. National Research Council (NRC) Committees, including the NRC Committee to the Advise the U.S. Global Change Research Program and the NRC Committee on Pathways to Urban Sustainability. She was the Executive Producer of “10,000 Shovels: Rapid Urban Growth in China,” a documentary film that integrates satellite imagery, historical photographs, and contemporary film footage to highlight the urban changes occurring in China. From 2000 to 2008, she was faculty at Stanford, where she held joint appointments in the Woods Institute for the Environment and the School of Earth Sciences. She has received numerous awards for her scientific contributions, including a NASA New Investigator Program Award, a NSF Career Award, a National Geographic Research Grant, and the Outstanding Contributions to Remote Sensing Research Award from the American Association of Geographers. She is an elected member of the American Association for the Advancement of Science (AAAS), the Connecticut Academy of Science and Engineering, and the U.S. National Academy of Sciences. She earned a PhD in Geography from Boston University.