About the Seto Lab

We are now in the Urban Century. Between now and 2050, the world’s urban population will grow by 2.5 billion, an addition of about 170,000 people a day. This is equal to adding a city the size of Providence, Rhode Island, every day for the next 41 years. A majority of this growth will occur in developing countries but the scale of urbanization will be most extraordinary in China and India. China already has 100 cities with a population of 1 million or greater. 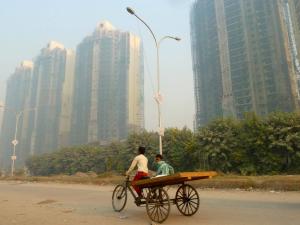 The size and scale of urban population growth and the associated urban land expansion pose major challenges to local and regional ecosystems, and ultimately the global environment. Urban areas can develop in many places: coastal zones, agricultural areas, forested regions, desert climates, or near existing urban centers. Where they grow will affect their vulnerability to climate change impacts such as sea level rise and storm surges, the need to expand agricultural production into other areas, and the resources required to provide municipal services such as water, energy, and transportation infrastructure. How urban areas grow—whether out or up—affects transportation choices and travel behavior, determines infrastructure needs and energy consumption, and regulates urban life. 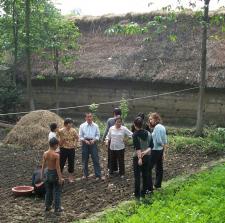 The Seto Lab researches the linkages between urbanization, global change, and sustainability. We are interested both in understanding fundamental processes to advance academic knowledge and in crafting rules of thumb for policy application. While many of our studies are at a global scale, we focus on China and India, the regions undergoing the largest urban transitions in the world. We undertake local case studies to understand ground-level urban processes and regional differences in urban change. Many of our studies employ remotely sensed satellite imagery, data which provide a synoptic, global record of urban change and expansion over the last 40 years. Our research also relies on geographic information science (GIS), socioeconomic indicators, statistical analysis, interviews, and historical assessments to understand why and how urbanization has and will occur worldwide.

1) Monitoring and Measuring Urban Form and Growth Patterns
Imaging of Earth by satellites over the past three decades has revolutionized how we monitor and map our planet. Our research in this area focuses on understanding and characterizing urban land-use change patterns. How are urban changing? What landscapes are being lost to urban expansion? How do the rates and magnitudes of urban land-use change vary across time and space?

3) Forecasting Urban Growth
Between now and 2030, the world is expected to add an additional 2.5 billion urban dwellers. Where is urban land-use change likely to occur in the future? How will the global configuration of urban settlements change in the next twenty years? Because every aspect of urban land use has significant environmental implications, forecasting scenarios and patterns of urban land-use change will be critical for the conservation of energy resources, the preservation of agricultural land, and ultimately, environmental sustainability.

4) Evaluating the Environmental Impacts of Urban Growth
As urban areas expand, they impact the environment across all scales, from the local to the global. In many areas, urban expansion occurs at the expense of fertile agricultural land. In other regions, urban development envelops wildlife habitat. Everywhere, urban land-use change modifies the interaction between the land surface and atmosphere. How does urban land-use change affect the demand for energy and other natural resources? What are the implications of a rapidly urbanizing Earth for land conservation and biodiversity?

The lab group consists of students, scientists, and scholars trained in remote sensing, geography, economics, and environmental science. Our group is led by Karen Seto, Professor of Geography & Urbanization, and is based at the Yale School of Forestry & Environmental Studies.